GLOBE was established in 1992 by a group of likeminded individuals at the Midsumma Festival. It was originally known as the Gay and Lesbian Organisation of Business and Enterprise before being renamed to GLOBE to reflect the diverse communities we represent within the rainbow alphabet and most recently in 2020 to GLOBE Victoria to align with our desire to represent our communities in all of Victoria.

Reflecting society and our communities, we have evolved considerably over the last three decades; from Fruits in Suits and Lemons with a Twist to GLOBE Networking and GLOBE Social. We have enabled connection and learning for individuals and businesses over drinks & canapes, dinners, speed networking and GLOBE Growth seminars.

Our GLOBE Community Grants programme has donated more than $140,000 to worthy individuals, students, charitable organisations and small businesses while since 2014, this has been funded through our GLOBE Community Awards where we have celebrated the wonderful work of LGBTIQA+ individuals and programs from across Victoria.

As we look to celebrate our 30th Anniversary in 2022, we feel it is fitting to acknowledge and celebrate those who have made significant contributions to GLOBE and the LGBTIQ+ communities over the years, some of whom have been recognised with our highest honour – Life Membership.

Our Life Members are: 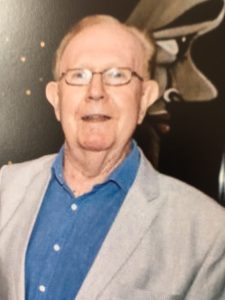 GLOBE President Andrew Shepherd caught up with founding President and Life Member Tony Dodd to ask about the origins of the organisation:

“I attended the first meeting of what was to become GLOBE in February, 1992 at the Angel Cafe in Brunswick Street, Fitzroy. A number of us who attended that meeting
decided to follow through and set a structured format which would involve regular, monthly Monday evening dinners with a selected guest speaker.

While I was President, we decided to set up the annual GLOBE Art Award and to provide funds for the prize we  started the monthly ‘Fruits in Suits’ function where a raffle was held to raise the funds. GLOBE was one of the early supporters of Joy Radio and of the Midsumma Carnival.

I have watched with great interest the development of GLOBE and the significant impact it now has in the LGBTI communities. I congratulate all involved in the running of GLOBE and the Community awards. GLOBE’s presence and prominence in the community is the result of efforts of many dedicated people.”